How Does The Argumentative Essay Differ From Other Essay Types 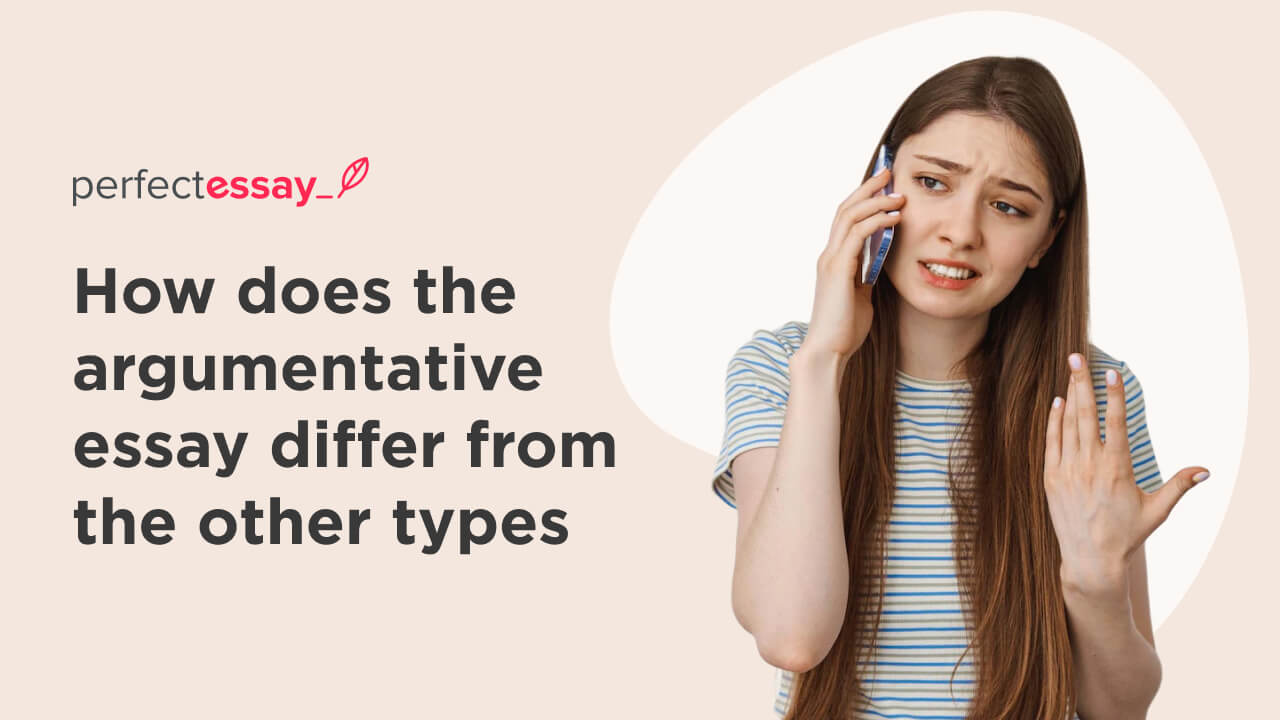 An argumentative essay is a type of writing where writers present their stances based on factual information and logical support. Although many essays do the same thing, argumentative essays rely on citations and references along with reasoning to make a point.

Argumentative essays have an objective approach to achieving this feat. The structure is organized and rigid covering all the bases without being subjective and emotional. Many students confuse it to be charged and appealing which is not true. Another thing about argumentative essays is that they contest ideas from another writer through theses that are not obvious.

Major Elements of An Argumentative Essay

In this section, we have covered the major elements of an argumentative essay for the sake of readers.

A thesis statement is the summarized form of the main argument or idea of the essay. It is used in an argumentative essay to reveal the stance of the writer. The place of the thesis is as important as its contents. Typically, it comes in the closing lines of the introduction where they bridge the opening section with the main body of the essay.

An argument in an argumentative essay is the stance of the writer over an issue or the proposed solution to the problem. The argument building does not take place at the whim of the writer but follows a predictable path to meet the goals. There are different approaches to building and endorsing an argument including Aristotelian, Toulmin, and Rogerian. Usually, students go with the first one.

Rebuttals, also called counter-arguments or counter-claims are also an important part of the argumentative essay. In addition to providing necessary reasoning and logic for the stance, writers should also anticipate objections from others and explain them beforehand. This not only resolves the likely issues emanating from the essay but also strengthens the main argument altogether. That’s why they make an important element of the essay.

Arguments should always be based on evidential information and support. This is the part and parcel of argumentative essays. Many students mistakenly believe that arguments are about highly charged points of view or claims. This is not true because writers need to rely on facts and citations from credible sources to second their opinions. This is what makes these essays persuasive or analytical.

Like expository essays, argumentative essays have different types. They depend on the guidelines of the assignment, the depth and scope of the topic, and the nature of the subject matter. Students should keep in mind that teachers often do not specify the type of argumentative essay students needs to write. They have to come up on their own.

To help them understand different essay types and how they could come up with one, here are three major types of argumentative essays.

Persuasive essays, as the name indicates, are directed toward convincing readers that one side of the argument is more suitable than the other. The most important thing in these essays is the way they should start as the writer must clear his position. Then, it is up to him to provide evidence and support from academic sources. The rebuttals should be clear-cut so that readers know that the main argument is better than other solutions.

Research papers rely on “research” to prove a point or support the main argument. While writing a research paper, writers should keep to a balanced approach instead of taking sides on the problem or the issue. The differing views of the writers should be treated with roughly equal numbers of sources to provide credibility. Research papers are usually written in the formative years of college when writers need to accumulate knowledge.

When argumentative essays rely on analytical skills to assess other argumentative essays, they become analysis essays. Writers analyze other authors’ arguments and ascertain their soundness based on evidential information and credible support. The most important parts of analysis essays include quality of research and writing, persuasiveness, presentation of facts, and style. In this essay type, writers need to clear their position whether they agree or disagree with the stance in question.

Writing an argumentative essay is a tricky task, filled with many pitfalls and issues. Students in schools and colleges usually do not have the skills and practice to write good argumentative essays. So, this section is dedicated to helping students and novice writers to finish the task.

The first step in writing an argumentative essay is brainstorming and research. Before formally getting started, writers need to mentally scan the problem or the issue. After initial screening, writers can set the depth and scope of the essay and research the information accordingly. This allows clinical research and supporting materials throughout the text.

An argumentative essay relies on the soundness and firmness of the argument if it seeks to impress or convince the readers. Argument building is a science in itself as it needs to be well thought out and cover all the bases. There are multiple approaches to developing and forwarding arguments.

A thesis is an important part of an argumentative essay. It is the distillation of the main argument or stance of the writer summarizes in a single or multiple bold sentences. This comes in the closing lines of the introductory paragraph to bridge the section with the main body, which makes up the bulk of the essay.

After developing an argument, coming up with a thesis, and researching all the necessary items, it is time to write the essay draft. Outlining is the key to efficient and meaningful writing so make sure that you outline while researching because it will define the scope and depth of the essay.

How Argumentative Essays Are Different From Other Essay Types

How does an argumentative essay differ from a persuasive and informative essay?

A persuasive essay is a type of argumentative essay where a writer has to convince the readers that one side of an argument is better than the other. However, an informative essay is about explaining a topic or a term to the readers.

What is the difference between an argumentative essay and a narrative essay?

A narrative essay is a personal account of an incident or an experience that changed the future course of events for the writer. On the other hand, the argumentative essay is about forming an argument based on evidence and empirical support to convince or persuade the readers.

Why is it difficult to write an argumentative essay?

Argumentative essays are difficult to write because they require a lot of research and collection of data to formulate and prove a point. This makes it hard to conceive and write on because writers do not rely on subjective views.

What is the role of a thesis statement in an argumentative essay?

A thesis statement is the summary of the main point or the stance of the writer. It is written to make the stance clear for the readers and ensure that they either second or oppose the main argument.

What is the main difference between argumentative writing and persuasive writing?

Argumentative essay writing is about forming an opinion or a stance based on evidential information from credible sources. Persuasive writing, on the other hand, is about showing the readers that one side of an argument is better than the other.

So, if you are looking for a resource to master the art and craft of argumentative essay writing or the things that are different from others, then this is the perfect place to start!

Features Bundled With Your Order

Formatting
for $3.09
Thesis Development
for $2.50
Credible References
for $3.99
Plagiarism Check
for $3.50
Get Your Argumentative Essay!