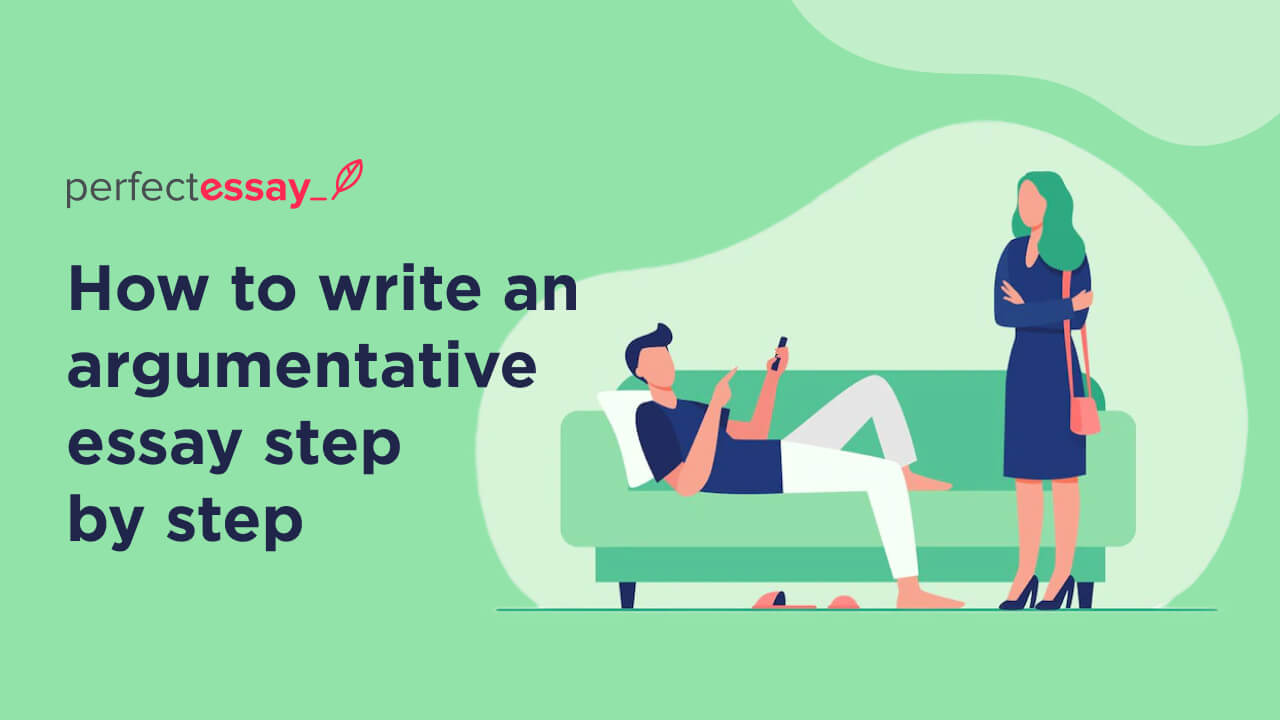 Almost every type of essay writing aims at informing, educating, or even convincing readers. Writers employ different tactics, from using literary devices to syntactical structures, to achieve this end.

An argumentative essay takes the task of convincing the readers to a new limit. It relies on factual information and logical support to make the reader think in a certain way. Many students believe that they need to be aggressive or emotional to get people back on the claims in the essay. This is not true because the writer needs to show that other perspectives, apart from his, are false.

Argumentative Essay Writing – In A Nutshell

Argumentative essays are also called persuasive essays because they follow the same structure. The approach is different, however. The former relies on objectivity and reasoning, whereas the latter can be aggressive and emotional.

Another thing that sets argumentative essays apart from other types is that thesis is not always undisputed. Usually, there is a lot of opposition to that stance and writers need to prove otherwise.

There are certain things different in each type of academic essay that help readers and writers in distinguishing them from one another. Since students are striving to learn how to write argumentative essays by making arguments and then finding evidence to back them, they need to understand the essential elements or hallmarks of argumentative essay writing. In this section, we will cover the most important and distinctive features.
Precise And Focused Arguments
No matter which type of argumentation ground you are setting in your essay, it needs to develop precise and focused arguments. Readers often find it hard to read argumentative essays because of the technical jargon. If they got to deal with loose claims with ambiguous language and expression, they might abandon the essay halfway through. There are many forms of argument building on Aristotelian, Rogerian, and Toulmin.
Empirical Evidence
It is not enough to provide a claim as it is no better than presenting an unproven theory or an active hypothesis. Whatever claim or argument a writer makes in the essay, should be backed by empirical evidence. The most common type is the basic mathematical or logical evidence, including induction and deduction. For more complex matters, students may have to consult other publications and read authors to ensure their arguments are backed by evidence.
Logical Flow And Clarity of Content
Like expository essays, argumentative essays need to have a solid structure and flow of content to bind all the different parts together. If there are many loose ends and stray thoughts in an essay, readers would not find the essay readable. It has to be clear in content and format. If your essay is not quite clear yet because of poor logical flow, you should edit and strengthen the essentials before turning in your essay.

Apart from the contents and the language of the essays, the structure is also a very good indicator of the type of essay and its quality. Since we are covering the basics for students so that they can write good argumentative essays on their own, we must take a look at the structure and format of argumentative essays. Through this, we will be able to identify and understand the functions and scope of each section.

Opening Paragraph For Context And Thesis

The opening paragraphs are for the introduction. Writers have the chance to make the readers believe that it is indeed a well-conceived essay with a lot to give. The opening lines should have a hook to grab the reader’s attention. Then, it is time to give some context regarding the problem or issue on which the argumentative essay will be written. In the closing lines of the introduction, writers can state the thesis which is the essence of the writer’s stance.

Body Paragraphs For Argumentation And Evidence

Body paragraphs are utilized by writers to provide the necessary support and evidence for the arguments. But first, they need to build one which is covered in the closing lines of the introduction. Again, no matter which methodology they follow, they must ensure that the argument is sound and backed by empirical evidence. Merely stating the point of view, no matter how forcefully or emotionally, will not yield the desired results, since it is academic writing with logic and reasoning.

The body of the essay is where all the action takes place. After making and proving the argument, writers should explore the additional paragraphs for further scrutiny of their stances and validation from credible sources. In many cases, a simple logical explanation is not enough, especially when the thesis has substantial opposition in academia. The main body has three paragraphs so writers can employ the additional space to further augment their arguments.

Closing Paragraph For Summing Up The Discussion

The conclusion is another important part of the argumentative essay. It is where the whole discussion comes to an end. Writers need to reiterate the main points of the essay without adding new to them. They should be compact and memorable so that readers may remember them after signing out. The conclusion is often considered the best part because good concluding paragraphs impart basic information to the readers if they do not have the time to read the whole essay.

How To Write a Good Argumentative Essay

Since we have covered the basic elements of an argumentative essay and its distinguishing characteristics, it is time to move on to the heart and soul of this post. This section will lead novice writers and students who want to learn how to write strong argumentative essays. The headings in this section can be treated as a checklist as they will help them remember important things.

Keep in mind that the sequence of these tasks is important and should not be shuffled because it will cause writer’s block and frustration.

A good argumentative essay stands on the shoulders of a good argument. Before sitting down to write the whole first draft, only to discard it later, it is best to get this step out of the way. Try to understand the topic and draw arguments from the core. Test the arguments as you go and then stick with the one that shows the most promise. Once it clears the initial crucible, it is time to find validation.

Argumentative essays require solid facts and empirical evidence to make the arguments stick. No matter how sound the arguments are, if they are not backed by evidential information from credible sources, it is good for nothing. Many students make this mistake as they think that the argument is too accurate for the reader so they do not need any evidence. This results in an argumentative essay being discarded because it is not a true one.

A thesis or a thesis statement is a summary of the main idea or theme of the essay. In the case of argumentative essays, it is the distillation of the writer’s stance usually covered in a single or a couple of bold and brief sentences. Based on the original argument and the evidence found in its favor, writers should compose a riveting thesis. The best way to do so is by coming up with and stating the thesis after finishing the essay.

The first draft should be written quickly. Writers should cram all the information relevant to the topic and the thesis in the essay. The introduction should start with a hook and then lead to the context. In the closing lines of the introduction, present the thesis. The main body should cover the bulk of the essay, including arguments, evidence, and explanation. The conclusion should tie all the loose ends boldly and succinctly.

What are the types of argumentative essays?

What is the main goal of an argumentative essay?

The main purpose of writing an argumentative essay is to make the readers believe in the writer’s arguments. In these essays, writers take a stance and then provide the evidence to ensure its soundness. Persuasive essays can be charged with emotional language, but argumentative essays are composed of logic and reasoning.

What are the steps involved in writing an argumentative essay?

Here are the five steps to writing an argumentative essay:

How do you start an argumentative essay?

Like any other essay, an argumentative essay starts with a hook. It is a literary device that can help readers ease into the main body. Usually, it is a question or a statement about the thesis or the subject of the essay. Students should consider using different methods to ace the opening because the rest will depend on it.

What is the standard format and structure of an argumentative essay?

The format of an essay is the sequence in which different sections appear in it. In the case of argumentative essays, the format is standard as it is found in other essay types. There are three major sections.

We have gone through the nature and purpose of these sections in the blog.

How do you commence and close an argumentative essay?

To start an argumentative essay effectively, it is best to employ a hook that can grab readers’ attention. Then, it is necessary to provide some context before moving on to the main body. To conclude an argumentative essay, writers should wind up the discussion by summarizing the main arguments. They should be bold and succinct but should not add anything to the original argument.

So, this is the basic mechanics and chemistry of an argumentative essay. The purpose of writing an essay is as important as its more tangible assets. Argumentative essays are written to convince the readers about a certain stance or point of view. The information in the essay should be structured and easy to follow for the readers. The process is addressed in the body of this blog, which starts from coming up with an argument to writing the essay.

We hope that students will find this guide helpful as we have explained everything clearly and concisely.