How To Start An Expository Essay 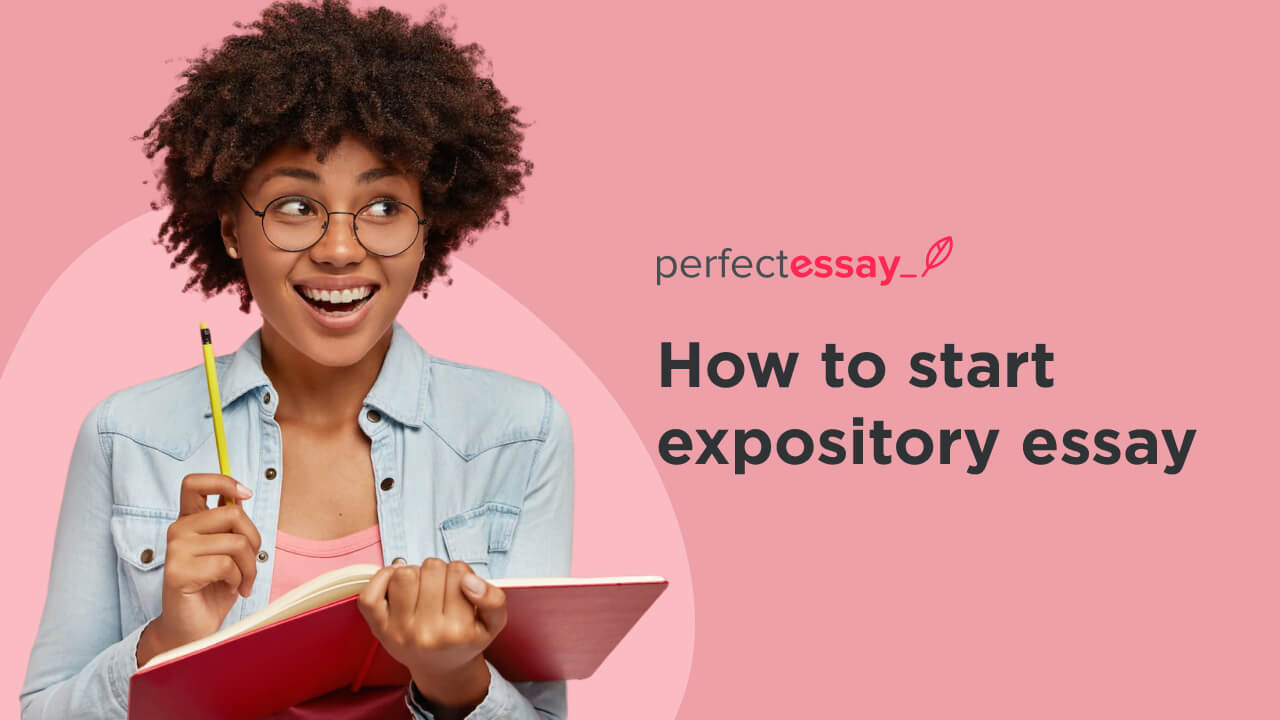 Finding The Best Way To Start

After the title of an expository essay, the opening lines can determine whether an average reader will read it or not. This is important because a lot of essays are written on daily basis but not all of them become bestsellers with memorable openings and hooks.

For students in schools and colleges, it is necessary to start with a bang so that the instructors can appreciate the force and award better scores to those who nail the opening sequence. The average manual on writing expository essays often does no help when it comes to mastering the art and science of powerful opening.

An expository essay can be termed as something bland. It would not be wrong because of the very definition and nature of the essay. In simple terms, an expository essay is a write-up with a rigid, defined structure where a writer only conveys factual information based on facts and the backing evidence from credible sources.

It is one of the four common types of essays that are written by students in schools and colleges, often it is one of the most complicated to write and edit. The essay follows a typical essay structure with three major sections. Since we are concerned with the starting or introduction of the expository essay today, we will be dealing with it in this write-up.

The purpose of writing an expository essay is the very nature itself – to provide succinct, actionable information to the readers. There is no room for emotions or sentiments in these types of writing. In the same way, writers cannot employ literary devices because they can mean more than one thing to different readers.

Hallmarks of An Expository Essay

How do we recognize a thing from a distance or up close? We look at it, take into account its features and hallmarks, and even compare them to its opposites and similar items to make sure. How can you know you are reading an expository essay when you are reading one?

Here are some hallmarks to help you in pointing out one from others:

Interesting Ways To Start Your Essay

Experts believe that starting an essay is one of the most haunting tasks for novice writers. It is because they are often doubtful of their training, skills, and tools. In turn, they do not start until it is too late and then settle on poorly-written essays and submit them to the instructors, only to get poor marks.

The opening or introduction of the essay requires time and energy from the writer to ensure everything is there. There are many sessions of writing and editing until everything is perfect.

In this section, we will help writers with concrete ways to open an expository essay. Since there is no room for theatrics and drama, this will suffice.

Kicking Off With A Shocking Or Amusing Fact

Half of the male population in the US thinks about practicing once in a lifetime. It was a shocking fact, except it was not a fact but only a shocking statement. This is the power of bold statements and claims that can help writers in getting readers off-guard. Since there is no room for melodrama in expository writing, you can start your essay with either shocking or amusing facts that can let readers know what they can expect in the following chapters. Students should take caution before writing it because it can backfire if not well-thought or relevant to the essay.

Asking A Question And Then Answering It

Every essay, to some extent, is about answering some questions, both explicit and implicit. In that sense, it should be alright to ask a question in the opening of an expository essay. For instance, many writers compose questions for their thesis statements. This way, they start with a question, provide some context regarding the essay, and then write the thesis statement to satisfy the question. Open questions are not found in expository essays because they are often pure speculation. If students put a question in the starting lines of the expository essay, they should provide its answer somewhere in the contents.

Opening With A Quote From Famous Works

Everyone likes quotations and they are not too far off from universal facts, especially when they are from established books and authors. Again, relevancy is the key. If a writer quotes an author or a publication that has almost no connection with the topic or thesis of the essay he is writing, the quotation loses its value. On the other hand, if the quotation is relevant and further elucidates the point and findings of the author, it will be a valuable addition to the essay. Personal discretion is recommended when students don’t know exactly what to use to kick off the opening.

Stating The Thesis In The Beginning

In narrative and descriptive essays, writers use hooks to grab the attention of the readers. After opening the essay and providing the context for the topic, writers provide the thesis statement. Since an expository essay has little to no space for subjectivity, hooks fail to work there. Instead, writers can use the thesis statement to open their essays. This makes sense especially when the purpose of writing an expository essay is to provide actionable information to the readers. Students should keep in mind that once they have stated the thesis in the opening lines, there is no need to do it again.

Tips For Writing The Best Opening For Your Expository Essay

The theory is perfect until it is put to test in the face of practical. This is where its foundations could start to crumble and collapse. After telling students how they can improve the opening of their expository essays through brief examples. But they will find it hard to put the knowledge into practice.

So, if students are still looking for ways to improve the opening of their expository essays, this section will share some useful insight on writing introductions the right way. It is best to take the advice with a pinch of salt and employ personal discretion from essay to essay, to secure better results.

So, let’s get started!

Acing The Right Tone And Voice

Expository essays are notoriously objective. The only purpose they exist is to provide unadulterated information to the readers. It should be so on point that readers should be able to follow the instructions or manuals written in the expository writing. So, the idea of objectivity should not be lost on writers while composing opening paragraphs to their expository essays. Objectivity includes bold and succinct writing with no room for interpretation, especially one that can contradict the findings and evidence of the writers.

Many students make the mistake to start way off from their topic, hoping they would make a circle back while writing a thesis statement. This can be a hit or miss, particularly when writers do not have enough experience in handling elements of complicated essay writing. To avoid this problem, especially while writing the introduction to expository essays, writers should align the thesis statement with the topic right off the bat. The contents should not be too far off from the main points or theme of the essay for cohesion and bridging between different sections.

What is the significance of opening an expository essay?

The opening or introduction is one of the most important sections of essays, especially the expository ones. It can hook the readers by grabbing their attention. There are many ways to ace the opening, such as through hooks and literary devices. Students should give ample time and effort to the openings for better impact.

How can I outline the whole essay in the beginning?

Research and outlining are some of the most important things in writing expository essays. While other essays can be written by relying on memory and emotions, expository essays require hard facts and credible figures to convince the readers. That’s why outlining and research should be done at the same time to avoid confusion or not miss an important point.

When is the right time to state the thesis in an expository essay?

A thesis or a thesis statement is the distillation of the main idea or theme of the essay. In the case of an expository essay, it should encapsulate the writer’s ideas and developments regarding the topic. There are many places a thesis statement can make a great impact in expository essays, but the opening lines and closing lines of the introduction are the best to write the thesis.

What are the most important sections in an expository essay?

An expository essay has some exceptions when it comes to other essay types, but they are rare and based on individual cases. Mostly, it follows the typical essay structure with three major sections which are as follows:

Can I open my expository essay with a quote?

Yes, you can. It is one of the best ways to open an expository essay. Many established writers quote other leaders and writers which helps readers in understanding the context and theme of the new essay. They become familiar with the take and keep on reading the essay. In that sense, job well done!

What is the ideal tone and voice for expository essays?

This is often overlooked by students and novice writers but it provides the invisible context to the essay. Since there is no room for subjectivity and personal bias, the objective language and contents of the essay get a boost from a somber voice and tone. That’s why there should not be any slang or casual language in an expository essay.

Grabbing Readers’ Interest From The Start

The intention of every writer behind composing a riveting introduction to the essay is to grab the readers’ attention. For that, they employ different methods; some to get them familiarized with the context and contents of the essay; others to shock them and challenge them so that they would go on to see how it would end.

No matter which method you employ in your expository essays, it should be effective and complete in its own right. Otherwise, you cannot get a vote of confidence from the readers. As for the school and college students, they cannot think about getting first-class scores without acing the introduction.

So, to learn the art and craft of writing attention-grabbing introductions for your expository essays, this is the perfect place to learn!

Title Selection
for $3.09
Reliable References
for $2.50
In-Depth Research
for $3.99
Plagiarism Check
for $3.50
Your Custom Expository Essay